Earlier today, I Tweeted this:

I would like to purchase a small amount of @Bitcoin instantly. Like, right now. Anyone selling? I can settle via Paypal.

No reply, so I Googled “Instant Bitcoin”, which lead me to LocalBitcoin.com. At first, I thought their site looked a little rough around the edges, so I proceeded with caution. On Local Bitcoin there’s a list of people in my city willing to sell Bitcoin for cash.

I called a guy who had his cell number listed on his profile. We chatted for a bit, he seemed legitimate, friendly and experienced with cash transactions. His user reviews corroborated the way I felt about him. An hour later we met in person and in public. He scanned my QR code, deposited the amount I wanted to buy and I handed him the cash. The transaction took about 10 seconds. It was a relatively small transaction, but I’m buying-in for the experience and philosophy, rather than to sell-out later. This I believe is the biggest growing pain for Bitcoin at the moment.

The only issue I see with Bitcoin is that most people are buying in with the hope of selling out.

Bitcoin has the potential to dismantle the financial system we know and fix so much of how our money is distributed and managed. It’s important that those investing in Bitcoin understand it’s philosophy rather than the potential to cash-out, I feel.

The method I took won’t get you the best exchange rate, but that’s the price you pay for the convenience it affords. We could have done the transaction online with PayPal but we didn’t know each other and it’s Bitcoin, so there’s plenty of people out there trying to make a quick buck.

A few anecdotes from the seller:

I make more money doing this than I do from my part-time job.

This is my 4th transaction tonight.

Nobody wants to buy when the price is stable, but it gets very busy once the price dips.

The financial system is bleeding. It’s a small cut, but it’s not healing. There’s a finite quantity of money in the world and people are moving it into a newer more relevant system. As with most issues, people are voting with their cash and this is exactly how it happens. 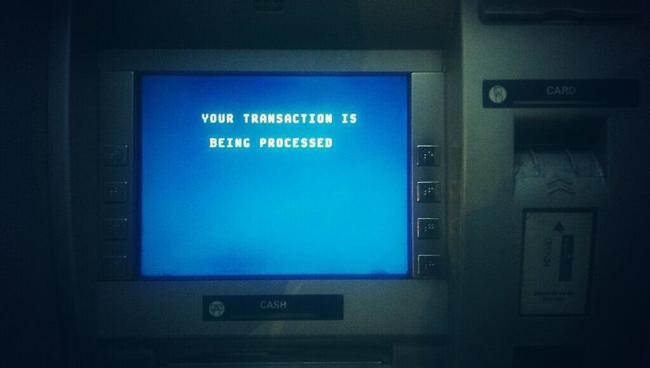 Convergence is inevitable, and Microsoft would be wise to acknowledge this. Microsoft should combine the Xbox console and screen. Consoles are at the mercy of the screens we plug them into. Most screens destroy the grade, the textures... Continue →